In May of 430 BCE, an epidemic broke out in Athens, entering through the port of the city, the Piraeus. Although the pathogen is still a matter of debate, the effect was clearly devastating. By the time it subsided five years later, up to a quarter of the population had died (75,000 to 100,000 people). A mass grave discovered in the cemetery of the city, the Kerameikos, may be associated with this epidemic. Thucydides, who lived through the epidemic, wrote that “a pestilence of such extent and mortality was nowhere remembered” (2.47). Physicians, he said, were most susceptible, because of their care for the sick.

A year into the COVID-19 pandemic, it is difficult to read Thucydides’ account of the Athenian plague without seeing parallels in our own time. Attempts to curb the spread of COVID-19 by restricting air and sea travel echo Thucydides’ claim that the pathogen entered Athens through her port, while his acknowledgement that medical professionals were hardest hit, especially early in the crisis, is reminiscent of the great cost born by doctors, nurses, and carers now. Those who have wavered between awe at the speed of scientific research and the development of treatments for COVID-19 and despair at how much remains to be understood might also empathize with the way in which Thucydides moves from scientific scrutiny of the symptoms of the Athenian plague and helplessness, as he recalls, “Some died in neglect, others in the midst of every attention. No remedy was found that could be used as a specific; for what did good in one case, did harm in another” (2.51). 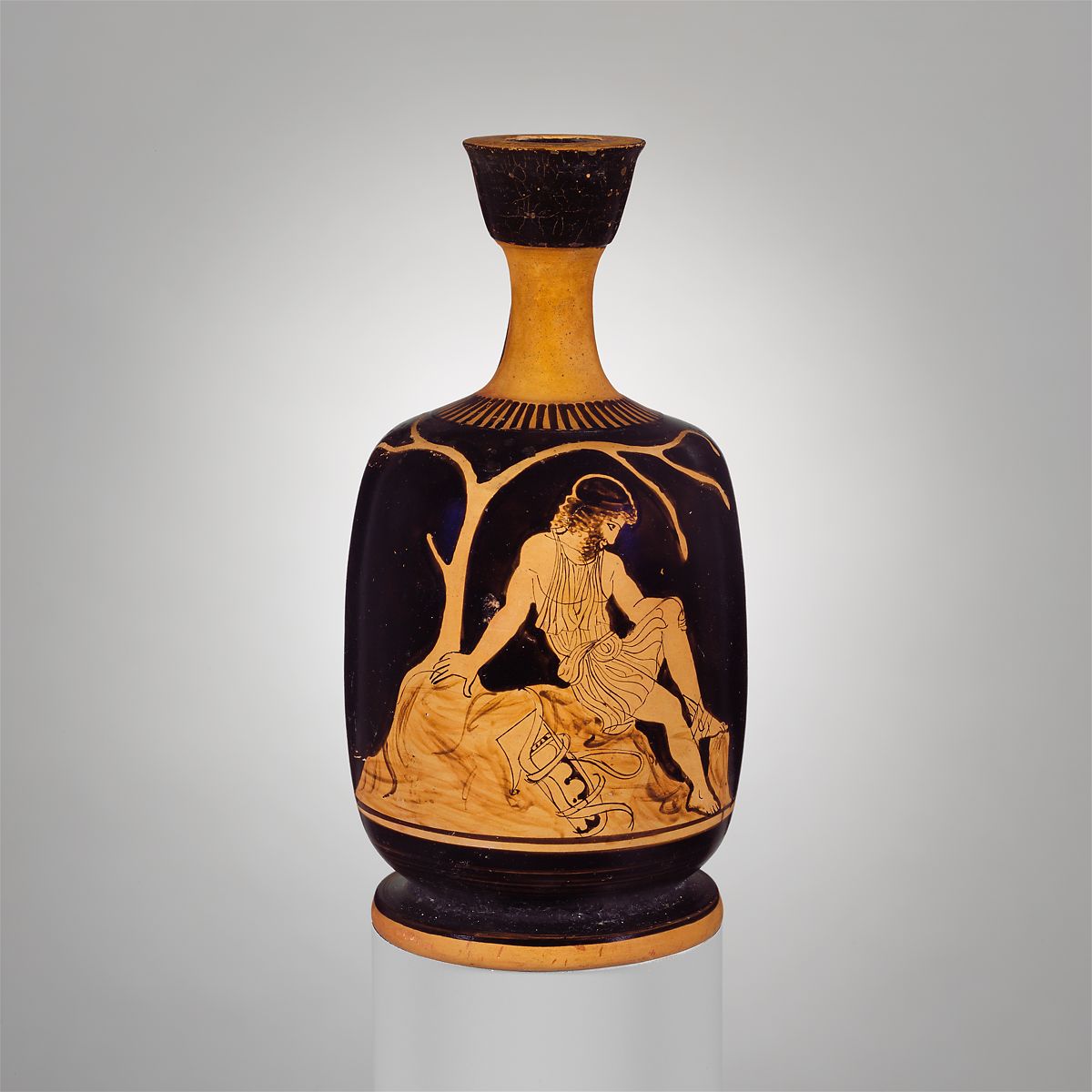 The Athenians were not unaware of the causes of the disease. They observed that infection traveled from person to person, and, it seems, they practiced a form of social distancing. In the same passage, Thucydides writes of the fear of visiting neighbors, the choices people were forced to make between care for others and their own safety. The impossibility of separating mental and physical health also pervades his description, as despair leads the Athenians to become even sicker.

It is the physical symptoms of the disease which have attracted the most attention by scholars, but the socio-psychological effects which I find myself most drawn to in this account. Thucydides writes not only of despair, but also of shifting social mores, as people begin to question their beliefs about the workings of the world (2.53). He is critical of such changes, casting them as the disordered and temporary effects of a world turned upside down. But I have to wonder if the questioning and re-evaluation of priorities, which I and many others have experienced over the past year, will be so fleeting.

In the years following the plague, the healing cult of Asclepius took on a new prominence in Athens. In 419/8 BCE, a decade after the outbreak, a sanctuary of Asclepius was built on the South slope of the Athenian acropolis. Interestingly, the location chosen for the sanctuary was adjacent to the Theater of Dionysus, quite possibly because of the curative powers associated with music, drama, and dance. At sanctuaries of Asclepius outside of Athens, theaters became a regular feature, and the curative properties of performance became increasingly integrated into the healing cult. Epidauros, for example, is the site both of a sanctuary of Asclepius and of the most acoustically perfect theater in the Greek world (seating over 10,000 spectators). Centuries later, in the Roman era, a small theater was built into the extra-urban sanctuary of Asclepius at Pergamum, providing a space for visitors to the sanctuary to benefit from concerts and other performances, while a larger theater in the city center served the needs of the population during her civic festivals.

Last semester, I taught a course titled “Classical Performance,” in which we discussed the use of music, drama, and dance for healing purposes in such sanctuaries. The impetus for this conversation was Sophocles’ play Philoctetes, the story of a wounded Greek hero abandoned on the island of Lemnos, apart from community and medical treatment. On the island, Philoctetes’ wound festers, smells, and oozes, as he makes a home for himself in the wild. Philoctetes is not just a play about disease, but profound solitude. It is also, I think, a critique of what a community which refuses to care for its most vulnerable really means (whether we are to see Athens as that community is another question).

I also find it remarkable just how long after the plague of 430 Sophocles wrote Philoctetes, which debuted at the Dionysia two decades afterwards, in 409 BCE. This makes me wonder if we have not yet seen the full creative response to COVID-19, and if perhaps that will develop over many years to come. Will we too put our faith in the healing power of the arts, as we (I hope) recover from the psychological and physical effects of this time of crisis? What, I wonder, will the artistic responses to COVID-19 be in twenty years’ time?

Mali Annika Skotheim is Assistant Professor of English at Ashoka University where she teaches Global Antiquities and Ancient Philosophies.

We publish all articles under a Creative Commons Attribution-Noderivatives license. This means any news organisation, blog, website, newspaper or newsletter can republish our pieces for free, provided they attribute the original source (OpenAxis).